The First Week: In Pictures (Pt. 2, How We Eat and Sleep)

My postpartum belly continues to slowly shrink. And if you’re wondering what it looks like to wear cabbage leaves inside of your bra, look no further. A little lumpy, but not too bad. I wore the leaves for two days to relieve the pressure and pain. 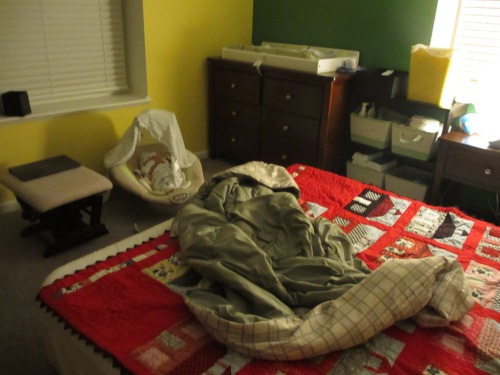 Everyone has different sleeping arrangements that work for them. I’m in favor of whatever works for the parents.

Because if the parents have lost their minds, it doesn’t matter whatever positive benefits studies show.

We are following pretty closely to what we did last time. One parent sleeps apart from the baby and gets a full night’s sleep and the other parent sleeps next to the baby in the baby’s room. During the week, Doug gets to sleep in our bedroom without the baby (since he is working full-time.) Then, I take the night watch. During the weekend, I get to sleep in our bedroom and Doug takes the night watch.

I haven’t dreaded being the night watch parent so far. In fact, I think my hormones are demanding it. On Day 4, I thought I could just knock myself out with some Zzquil and sleep for eight hours and be totally caught up on sleep.

My mind had other ideas. It kept playing and replaying images from the birth. Over and over again. And when I wasn’t remembering the visuals, my mind would nurse on the songs on the playlist that accompanied all of the visuals from the birth that will remain with me forever.

Honestly, how could my mind do anything else after experiencing birth?

Birth is such a tremendously life-changing event. In my experience, it far surpasses other milestones like graduations or even my wedding. The only times in my life that approach this level of preoccupation were the times I fell in love. That’s it.

So what does all of this mean?

I basically didn’t fully descend into a deep sleep from birth to Day 5 (February 1st, the last day that I got a full night’s sleep, until February 6th). I “rested.” But during that rest, my senses were amplified. Everything was on high alert. I noticed everything, as if my mind were logging all of the possible noises that could come from my baby and what they meant.

He’s whimpering. He needs to be held close.

Oh, he startled himself awake when his arms flinched. He needs to be swaddled more tightly.

It’s a little easier this time to understand what the sounds mean because I know a range of possibilities of why babies wake up. But obviously, this is a new baby and this is an entirely new inventory of sounds. It’s taking my mind time to acquire this new language.

Nevertheless, I’m still not close to being able to drive safely. Would you want someone like this on the road?

This is markedly different from my first child, when I went on a 12-day bender with nearly no sleep at all. Not only did my hormones keep me awake, but so did all of the breastfeeding challenges that grew worse over time and never improved.

So this is what is working for us right now. Me, sleeping on the inflatable mattress in the baby’s room, close enough to calm my mind, but far enough away to still sleep somewhat soundly. Maybe it’s just me, but I actually sleep with earplugs in my ears. That’s how heightened my senses are. I can still hear him through the earplugs when something’s wrong. 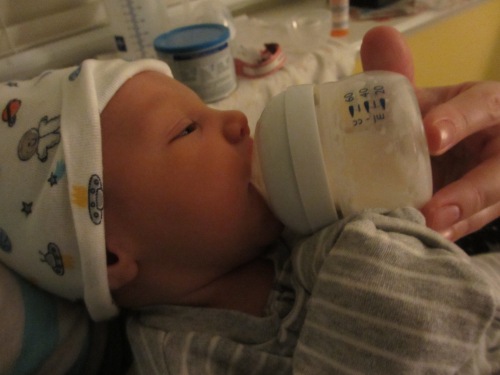 We bought these tiny 2-ounce bottles, thinking we would use them for a few weeks. Of course, he outgrows them in two days. Now, we’re on to 4-ounce bottles. I guess it *does* make a difference that he stayed in the womb for an extra week. 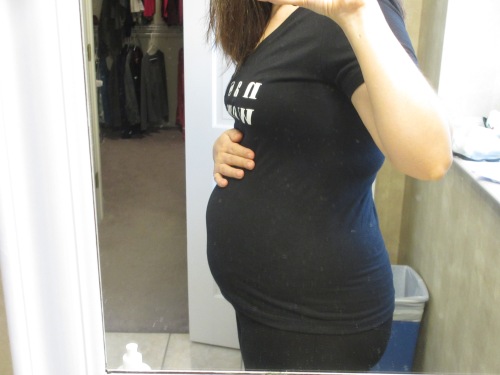 Nasty? Yep. After this birth, I’ve forever crossed into the realm of “badass-dom.”

Collecting things for the baby book 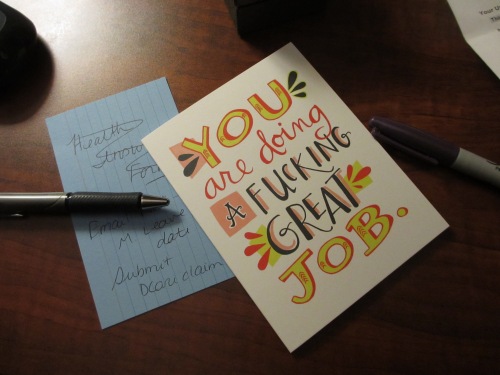 You know you have amazing friends when this is the card they get you.

I saw this card one night as I was preparing for the night watch and I had to smile. My friend, Suzy, gave me this card for my birthday last Thanksgiving (yep, same day), and it was such an encouragement. I was 32 weeks pregnant and already feeling massive. Wondering how much larger I was going to be at the end. (Thank God, I don’t have the gift of foresight.)

I think she knew I needed to hear that.

When I see his legs crossed like this, I think, “Oh. That makes sense. Now I understand what I was feeling for the last month.” 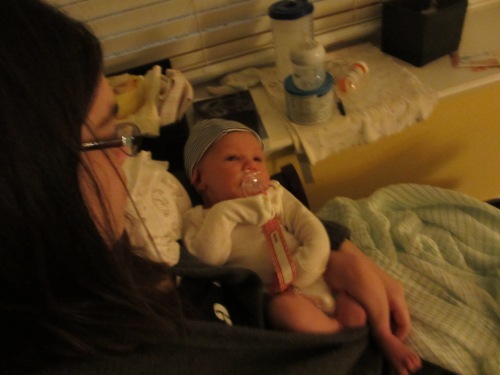 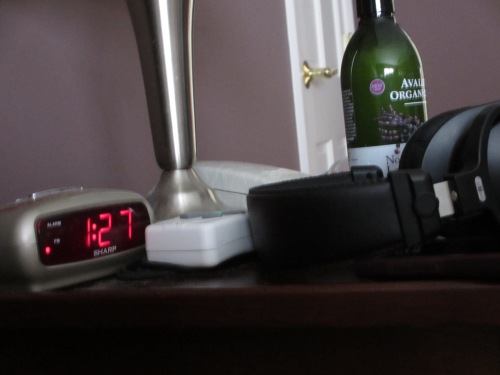 Just before I lie down for another 1-hour nap, I see that it’s Henry’s 1-week birthday, right down to the minute.

For how much walking I did to get labor going, you would think that I would not miss it. Especially some of these mornings have been so cold. But, of course, I do. I haven’t really been outside since the birth (except to take H to the pediatrician). 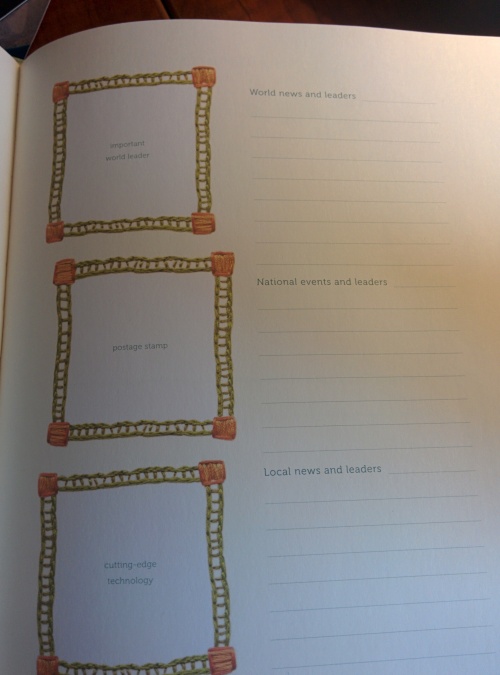 Can I just say, this page of the baby book is uniquely challenging. Although, when I posed this challenge to the Facebook hive mind, I got some great ideas for how to inject humor into the bleak and unforgiving reality of the time in which we are living.

My favorite? Use “Donald Trump language” to fill out the whole page.

So that is where we are so far.

And now I’m going to do something daring.

Here I am, in full postpartum glory.

Exhausted. Imperfect, but authentic. Continuously putting faith in the idea that I have all I need, even though I feel short on everything.

There’s a cliche saying that I grew up hearing in the Southern Baptist church. God, I really hated it when people said it. But I cannot deny the truth of it in this moment.

They would say, His grace is sufficient for me.

In other words, Trust that God will give you what you need to pull through.