My Heart is Broken 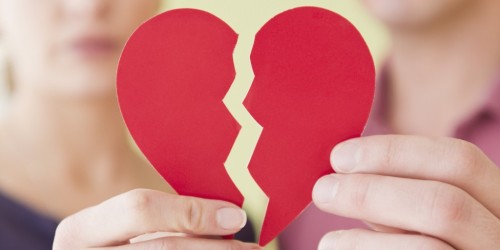 My heart is so completely broken today.

My heart is broken as a woman, who cringes at the words,

I moved on her like a bitch… Grab them by the pussy. You can do anything.

As an academic, who values facts and information and evidence-based decision-making.

I just see how I’m feeling and go based on that.

As an educator, who values critical thinking and acknowledging the limits of my knowledge so I can learn more.

I know more than the generals. Believe me.

I propose a complete and total shutdown of all Muslims entering the U.S.

As a mother, who wants to support her nation’s leader as a role model.

(About his 1-year-old daughter, Tiffany): She’s got great legs.

If I weren’t her father, I’d be dating her. (his daughter, Ivanka)

But most of all…

My heart is broken as a fellow American

who now knows that there are enough angry and disillusioned people in this country who would rather upend the whole system than try to fix what’s broken.

(Not paying taxes) makes me smart.

We’re going to tear up our trade deals.

We’re going to have a deportation force.

We’re going to build a wall. And Mexico is going to pay for it.

My heart is broken as a Christian

who values fighting for the poor and the marginalized

How smart can poor people be?

who values humility and forgiveness

Why should I ask God for forgiveness? I don’t make mistakes.

There are simply too many examples to list here. And they all break my heart.

I want to believe that I’m being overdramatic. That things won’t change that much. That our system of checks and balances works well enough to stop this ridiculous man-child from engaging in nuclear war when someone insults him.

buffoon of a human being

is more qualified to be president of this great country than someone who has spent her life serving the public.

I fell asleep at 11:30 last night and woke up at 2:40 a.m. with a pit in my stomach. The baby was going crazy, flipping and nudging and turning inside of me. I tried to go back to sleep.

I was so sick with worry.

Instead, I lay there in the darkness, overcome with anxiety, tears coming down my face. Deep denial coursing through me.

It’s impossible, I kept thinking. There aren’t enough people in this country that could possibly think he’s a better choice.

And then the fear.

Replaying all the hurtful, painful, idiotic things that he has said over the past year and a half.

And then imagining all the people in my life who voted in favor of those very words.

All the people who really thought that placing this man in the White House would actually result in benefits in their lives.

(For the love of God, I wouldn’t even let this man into my own house , not to mention in the same vicinity as me or my daughter.)

Listen, Americans who voted for Trump.

Donald Trump cares about no one but himself and his image.

He taught us that when he spent $20,000 on a painting of himself. Out of funds from his “charity.”

Write it down. Carve it in stone if you want.

Americans who voted for this man, he will break your heart.

Just as you have broken mine. 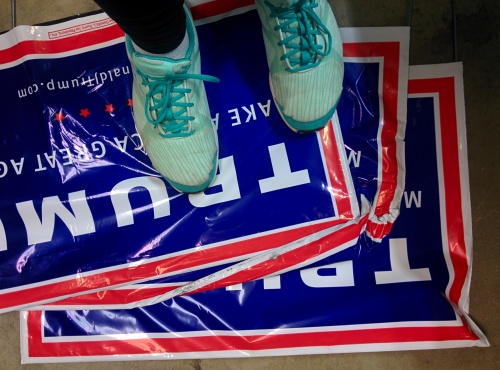 17 Comments to “My Heart is Broken”