I forgot this feeling.

The feeling of a weight underneath my skin, pulling at my sides and stretching me forward.

It makes me do that “pregnant stance.” The one you see women doing, hand on the hip, rubbing the sides of their bellies. 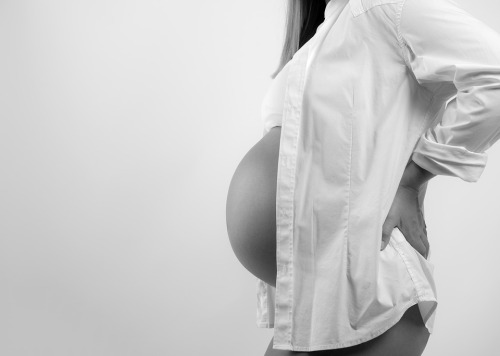 It makes me sore.

I totally forgot about the soreness of being stretched like this. Last time, I swear I didn’t start feeling like this until I was about 7 1/2 months pregnant. But, like I’ve said in previous posts, everything is happening earlier this time.

Perhaps it’s fitting, then, that my daughter is also being stretched right now.

This Sunday, she began Sunday School.

Revise that: She tried to begin Sunday School.

Until now, her concept of church has been the thin path between the front doors and the wonder that is the nursery, full of wall-to-wall toys. Not one, but two dollhouses. A Lego table. Blocks, blocks, blocks. Books and puzzles. It’s a veritable playground of fun. We started taking her regularly to the church nursery when she was about 14 months old. After the first few weeks of newness, she began to love it. The church nursery entered the category of “familiar things” in her life, just like our home and daycare.

But this past Sunday, I think I overwhelmed her. I took her into the church sanctuary and introduced her to a new concept of church.

She sat in my lap, pressed against my ribs. We listened to the pastor’s children’s message.

Then it was time for Sunday School.

I managed to wrangle her squirming, protesting body down the stairs to where the other kids were gathered.

No amount of consoling or explaining helped.

It was just too much for one day.

We went back to service, took communion, and then I took her back to “home base.”

She hugged the nursery workers and settled in with her favorite toys. We talked about how hard change and adjustment can be on kids.

“Sometimes, new things are scary,” I told her. “But when you do them again, they’re not new anymore. And you might even like them.”

Last Thursday morning, my husband and I watched the image of our next child take shape on the screen as the sonographer moved the wand across my belly. 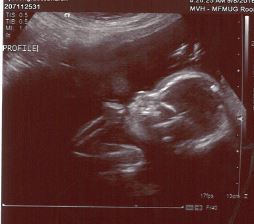 I don’t really remember much about my first pregnancy prior to 20 weeks. It was all a blur of nausea, indigestion, and fatigue. Most of what I remember happened from 20 weeks to 40 weeks.

Childbirth education classes. Hospital tour. Baby showers. Key conversations with my doctor. And all the weight gain and discomfort. It was a continual ramping up of events, week by week.

So I know that we have a long way to go.

We still have no idea how the second half of this pregnancy will go. And then there’s labor. Birth. And the hell that is recovery and the postpartum period.

But in the face of all this uncertainty, it helped to hear the sonographer’s words, “Everything looks great.”

So I, too, will work on adjusting. This pregnancy and birth will be entirely different, no matter how similar they may feel now.

This is a new life.